This page contains information about the remains of the ballista found from archaeological excavations in ancient Greek town of Ἐμπόριον (Emporion) near present day town of L'Escala in Catalonia, Spain. These finds are now located in El Museu d’Arqueologia de Catalunya in Barcelona, Spain. The Ampurias find was published by Barthel (1914) and described by Marsden (1969, 1971).

Here is the description of the remains in Catalan: 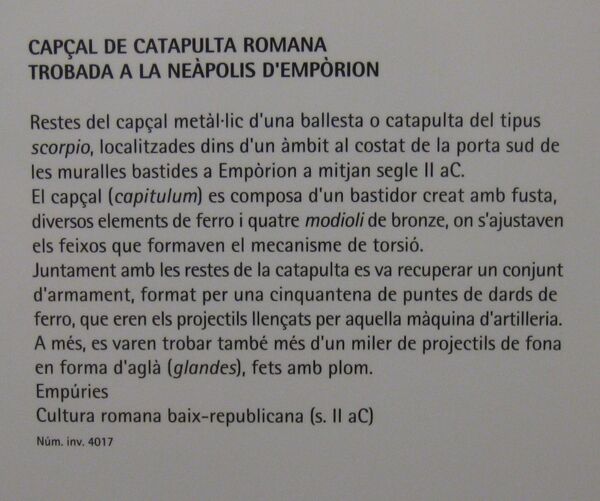 Below is a rough English translation based on knowledge of related languages (Latin, Italian and Spanish). If somebody actually knows Catalan, please feel free to fix any errors or omissions.

Remains of a Roman catapult found from Neapolis in Emporion

Remains of metallic parts of a ballista or catapult of the Scorpio type, located near the south gate in second century BC. The frame (capitulum) is composed of wooden core(?), various iron parts and four modioli (washers) made of bronze, and bundles utilizing the torsion principle. Other weaponry was found in conjunction with the catapult, including fifty iron boltheads used with it. In addition, acorn-shaped projectiles (glandes) made from lead were found [in the same context?].

The walls and the rim in the washer seem to be relatively thin, only 5-6mm thick. This estimation is based on this article's author's trained eye: no actual measurements were taken.

Marsden (1969: 29-30) mentions that the Emporion ballista washers had two sets of three holes each 15 degrees apart and that the counter-plates on the frame have 16 holes 22,5 degrees apart. This allows adjusting washer rotation in 7,5 degree increments. He (Marsden 1969: 30) also mentions that the washer bars were forged round except inside the washer rim, where they were oval.This was apparently to allow inserting more spring cord. 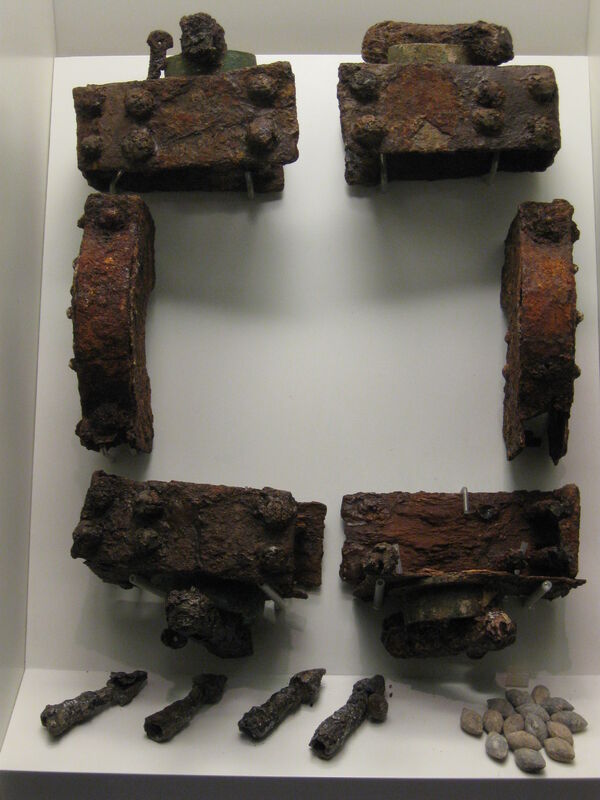 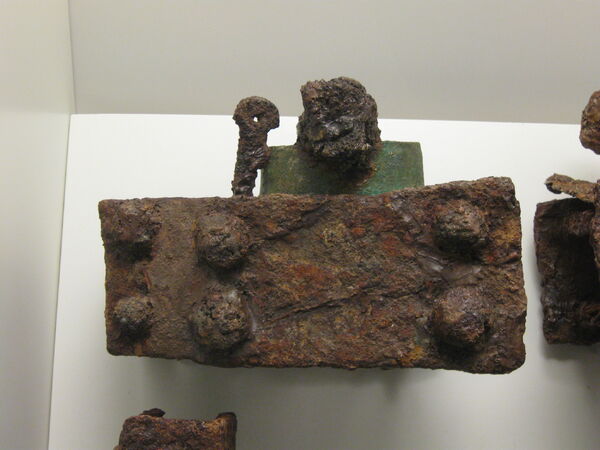 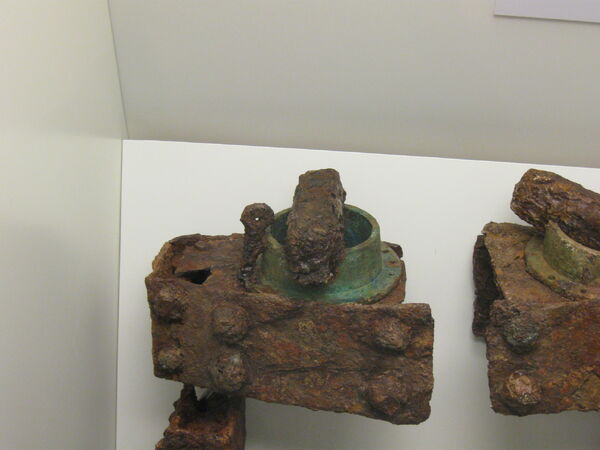 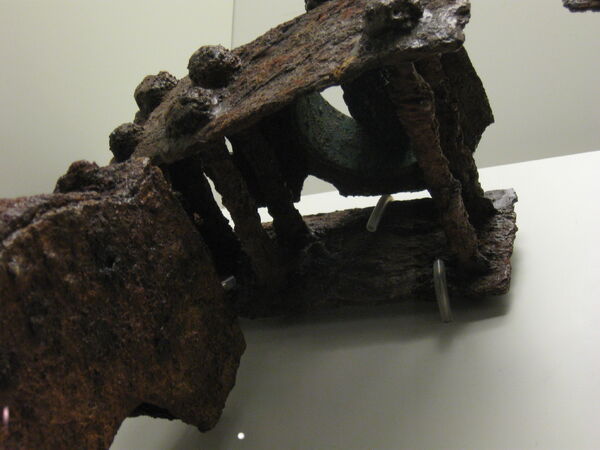 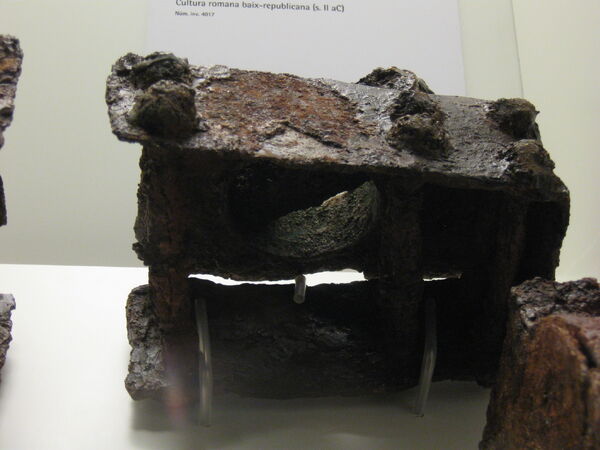 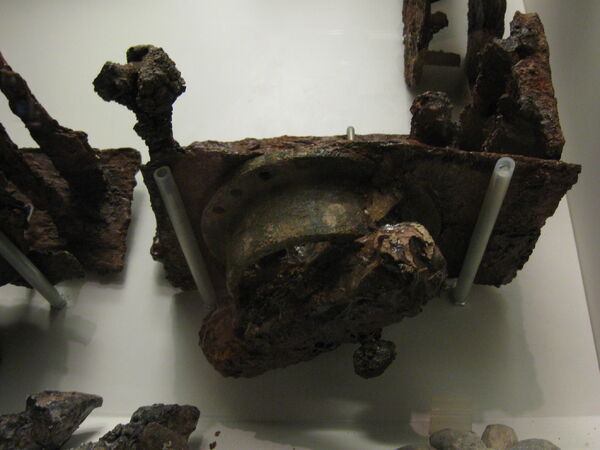 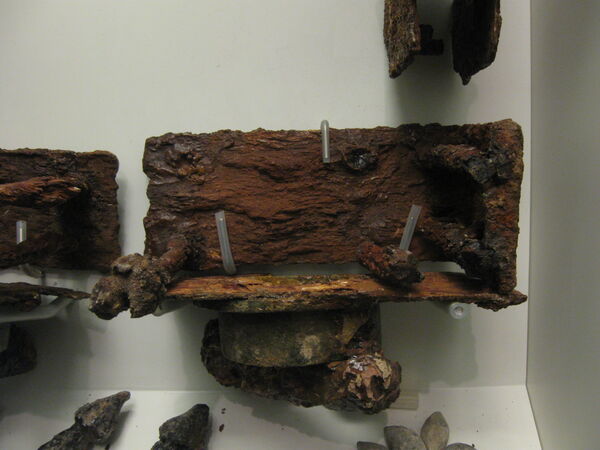 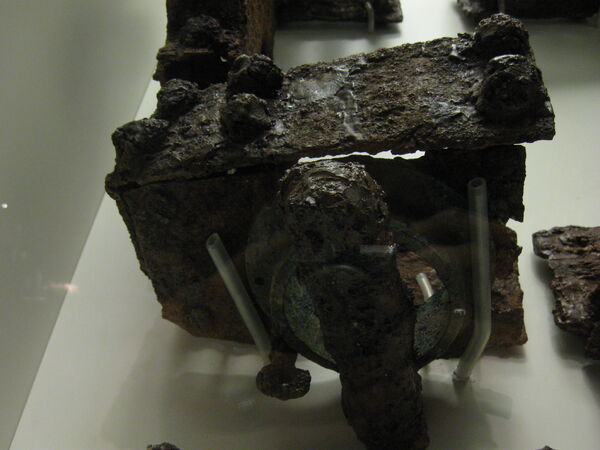 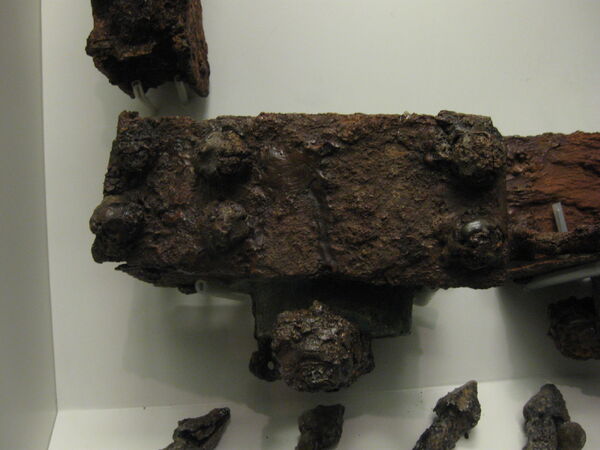 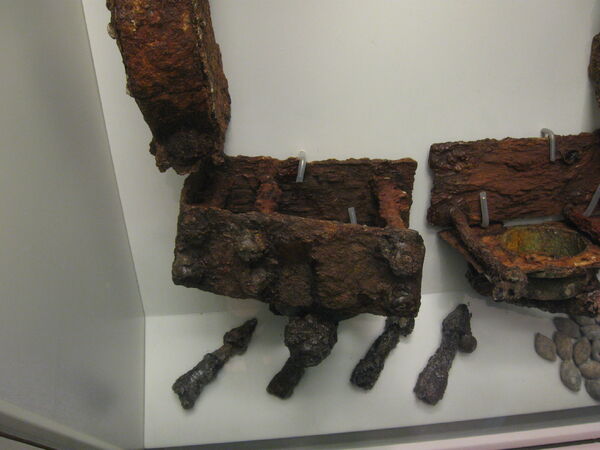 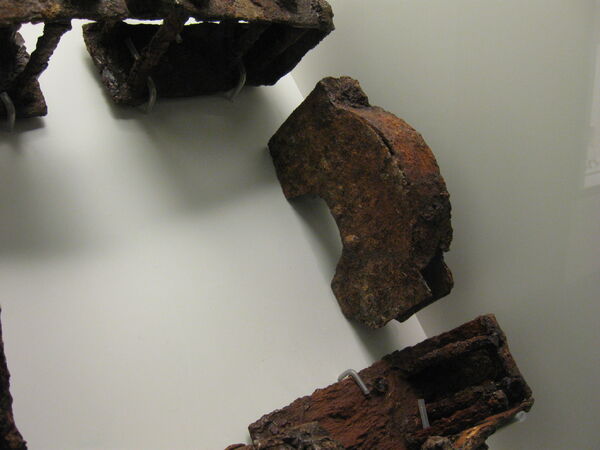 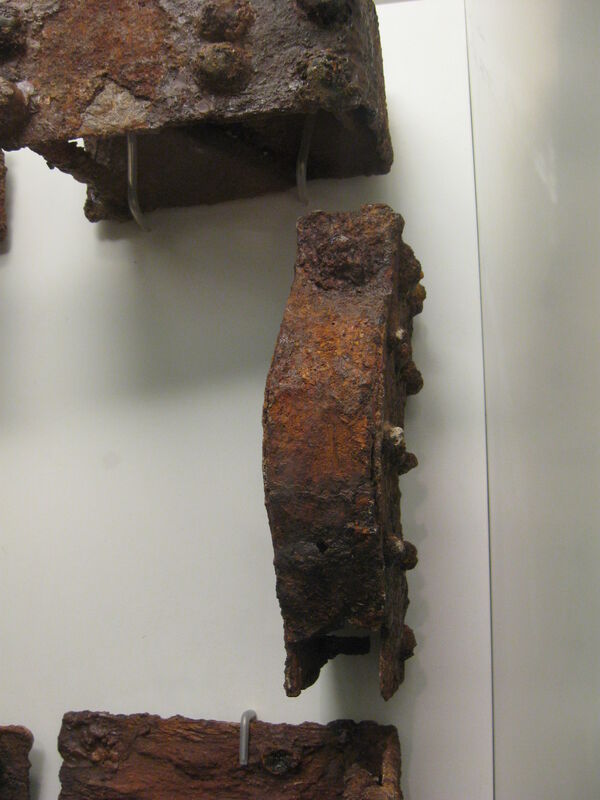 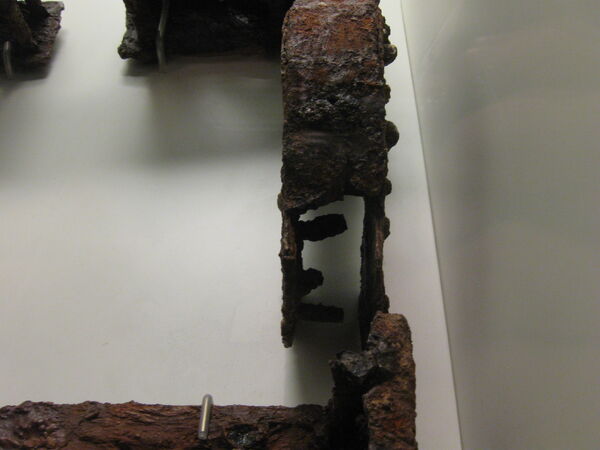 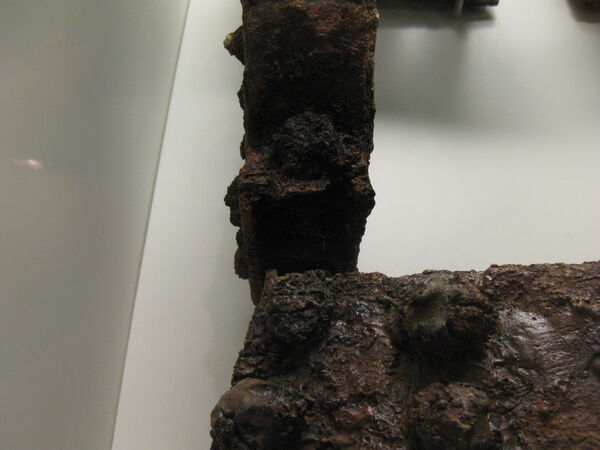 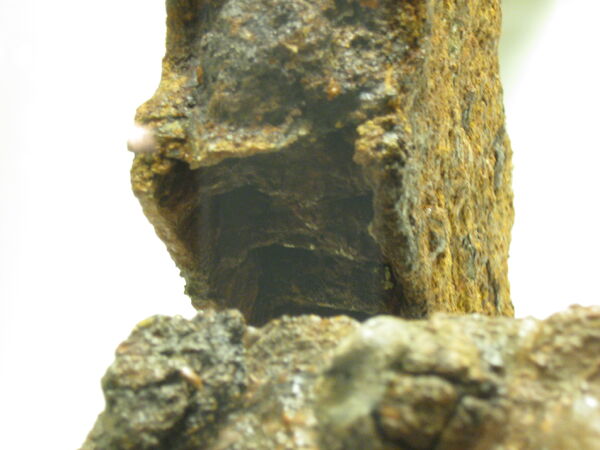 A video showing the remains is available here.

Retrieved from "https://ballista.fandom.com/wiki/Emporion_ballista?oldid=5683"
Community content is available under CC-BY-SA unless otherwise noted.